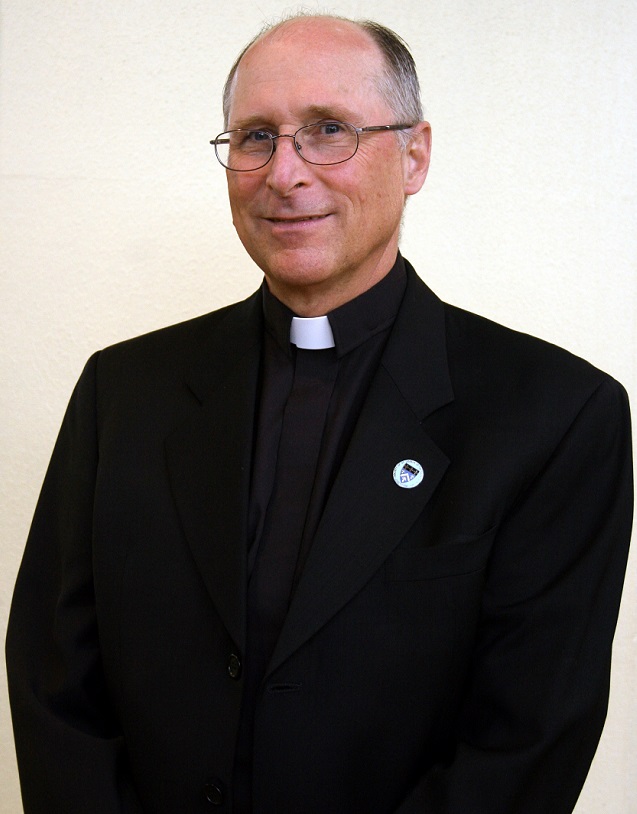 The Society of St. Joseph of the Sacred Heart, The Josephites, have named Reverend Peter C. Weiss Chief Religious Officer, effective July 1, 2020. Fr. Weiss previously served as a theology instructor at St. Augustine. He has also served as the St. Augustine High School Marching 100 Chaplain for more than 15 years.

“We are pleased to greet Fr. Peter Weiss as Chief Religious Officer of St Augustine High School, said Bishop John H. Ricard, SSJ, Superior General of The Josephites. “Fr. Weiss has been a friend, supporter and member of the St. Augustine family for many years and the school has benefited greatly by the gifts and talents he has brought and we look forward to his even greater involvement in the school as its Chief Religious Officer. We wish him many blessings as he assumes his new position,” he added.

The Chief Religious Officer is charged with supervising all theology teachers and programs to ensure all religion courses are effective, relevant, and inspiring, while continuing to meet all requirements of the Archdiocese of New Orleans. Fr. Weiss will also be the direct link between the school and the Society of St. Joseph – The Josephites, the religious order of Priests and Brothers who founded the school in 1951. He also supervises the school’s Office of Campus Ministry, which annually ranks among the most popular and effective student organizations.

“On behalf of the entire St. Augustine community, we are excited and thrilled to welcome Fr. Weiss to his new role as Chief Religious Officer,” said St. Augustine High School’s President and CEO, Kenneth St. Charles Ph.D. “The Chief Religious Officer leads the spiritual growth and development of our school and plays an integral role in ensuring all students are morally guided and nurtured by Catholic values, doctrine, and beliefs. In his CRO role, Fr. Weiss will also serve on the school’s leadership team where I personally depend on his sound advice, wise counsel, and unfailing prayers to lead us in service to our students, especially during these challenging and unprecedented times.”

Fr. Weiss maintains a very busy schedule in addition to his responsibilities at St. Augustine. He continues to serve as pastor of All Saints Catholic Church on the West Bank in New Orleans. Fr. Weiss also serves as Chaplain of the New Orleans Fire Department. As NOFD Chaplain, he responds to emergencies alongside fire department personnel, focusing on ministering to the needs of firefighters and crisis victims.

Fr. Weiss taught at St. Augustine while residing at Saint Raymond Catholic Church from 1991, until Hurricane Katrina struck in 2005. In 2006, he moved to Washington D.C. to serve as the Vocation Director for The Josephites before rejoining the St. Augustine faculty in 2014.

Ordained a Josephite priest in 1979, Fr. Weiss holds a Master of Divinity from the Washington Theological Union. He also holds a Bachelor of Science degree in Sociology from Xavier University of Louisiana.