This is the day the Lord has made’
Bishop Ricard ordains Josephite priest, three deacons

Even though visa challenges prevented his family in the Democratic Republic of Congo from being with him in person on the biggest day of his life, Josephite Father Joseph Wilondja Kikanda was still all smiles at the conclusion of his Dec. 4 ordination to the priesthood at Church of the Incarnation in Washington, D.C.

“This is the day the Lord has made,” said a beaming Father Kikanda, who took solace in the fact his family was able to watch the ordination in sub-Saharan Africa via livestreaming from the United States. “This is just the beginning of a transforming journey that, with the help of God, we can do. We can make it.”

Bishop John H. Ricard, superior general of the Josephites, ordained Father Kikanda during a jubilant liturgy that also included the ordination to the transitional diaconate of Deacons George Agwu Liwhullwhe, Ugochukwu Henry Ihuoma and Ifiok Ini-Obong Umanah – all from Nigeria.

When asked why he was drawn to the Josephite way of life, Father Kikanda said the Baltimore-based society’s charism of working in the African American community was one key influencer, along with the opportunity to bring justice to all people without limitation.

“The future of the Josephites is here,” exclaimed Bishop Ricard at the outset of the celebration.

Prior to the start of the liturgy, the ordinandi gathered in the parish hall, where they received hugs and greetings from fellow Josephites during vesting.

An ordination is one of the few times throughout the year where the Josephites come together since their ministry takes them far and wide.

A few of the altar servers joined dancing in the aisles and some people also danced in the pews.

The Church of the Incarnation Choir provided traditional hymns of thanks throughout the celebration.

During his homily, Bishop Ricard reflected on the ordination date being the feast of St. Francis Xavier, a saint for whom several Josephite parishes are named.

“He was a young man, like these guys, who heard the call of God to go to the missions,” said Bishop Ricard, noting that the Jesuit saint went to missions as far away as India. St. Francis Xavier found people overwhelmed when hearing the word of God, the bishop said.

“I hope you have the same experience,” Bishop Ricard said to the four candidates sitting in chairs at the front of church.

He added that there are people who cannot hear the word of God because no one is there to share it with them.

“When you go to the Josephite missions,” Bishop Ricard said, “you’ll find people waiting for you and waiting to hear the word of God.”

When the formal right of the elect and ordination commenced, the four ordinandi stood and approached the bishop while guests watched in silence.

The men lay prostrate single file down the main aisle of the church, facing the altar, while members of the congregation chanted the Litany of the Saints.

Bishop Ricard placed his hands on each, calling down the Holy Spirit as they knelt before him.

He also anointed their hands with oil and presented the Book of Gospels, preparing them to set forth spreading the word of God.

Bishop Ricard formally introduced and welcomed the newly ordained, at which time the congregation erupted in song and cheers.

“We thank God you heard his calling,” Bishop Ricard proclaimed. “You heard the call of Jesus to serve – as St. Francis Xavier did.”

The bishop called on everyone to pray for and support the newly ordained, for they cannot minister by themselves.

“We are all in this together,” Bishop Ricard told the congregation.

When Deacon Umanah was asked what it felt like to be ordained to the diaconate alongside his fellow seminarians, he responded that “you cannot have a forest with one tree.” Seeing others with him lets him know he’s not alone, he said.

“I feel so happy and I am grateful to God for giving me the grace to persevere all these years,” Deacon Umanah said. “I also feel energized through the grace of God to be able to be of great service to his people in love and charity of heart.”

Father Kikanda, who has known since he was a 12-year-old altar server that he wanted to serve God, said he was planning to return to Congo to celebrate Mass with family and friends.

“This (ordination day) is not the end of it,” Father Kikanda said. “It’s just the beginning of the journey.” 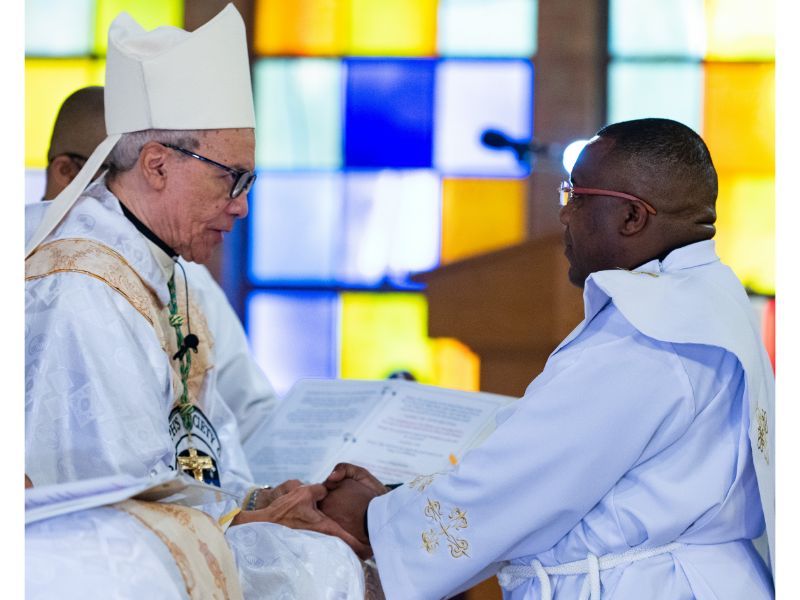 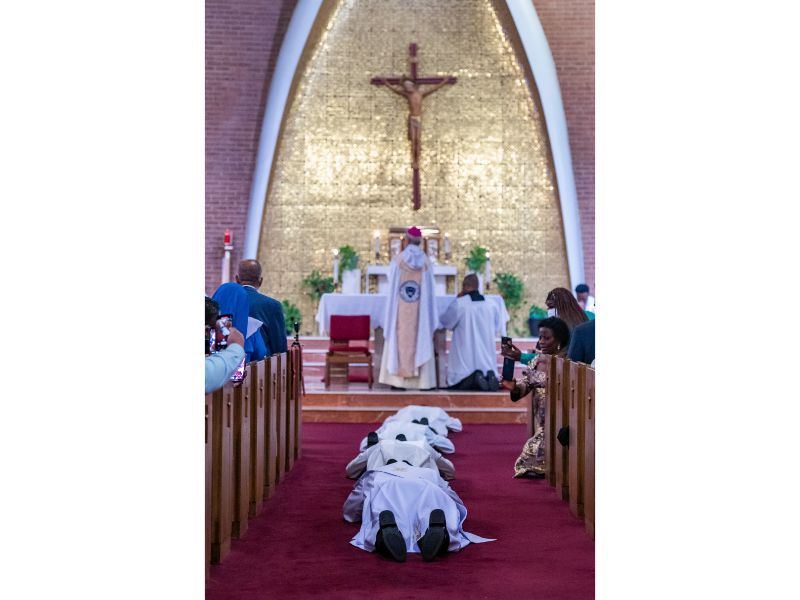 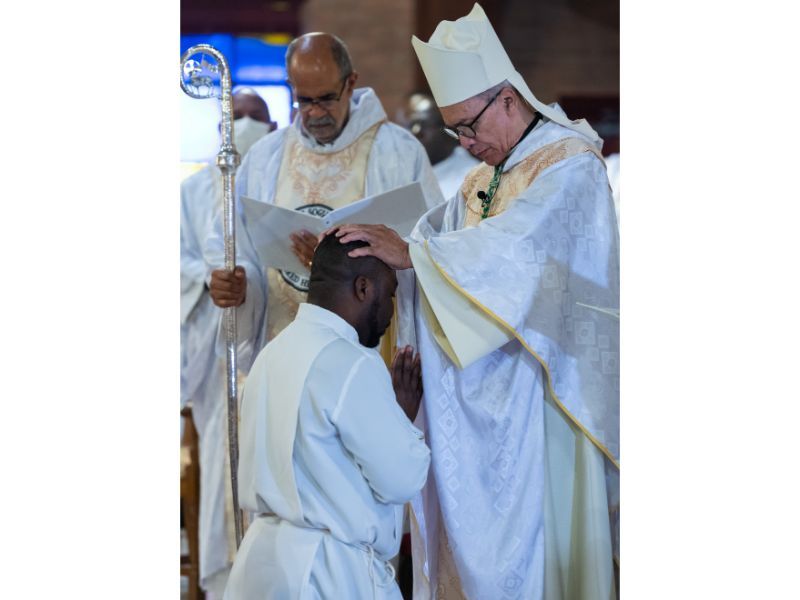 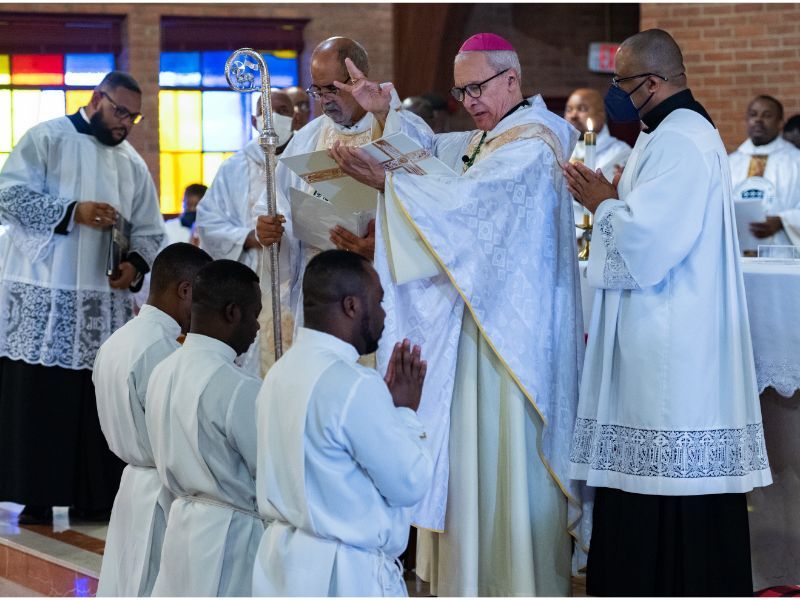 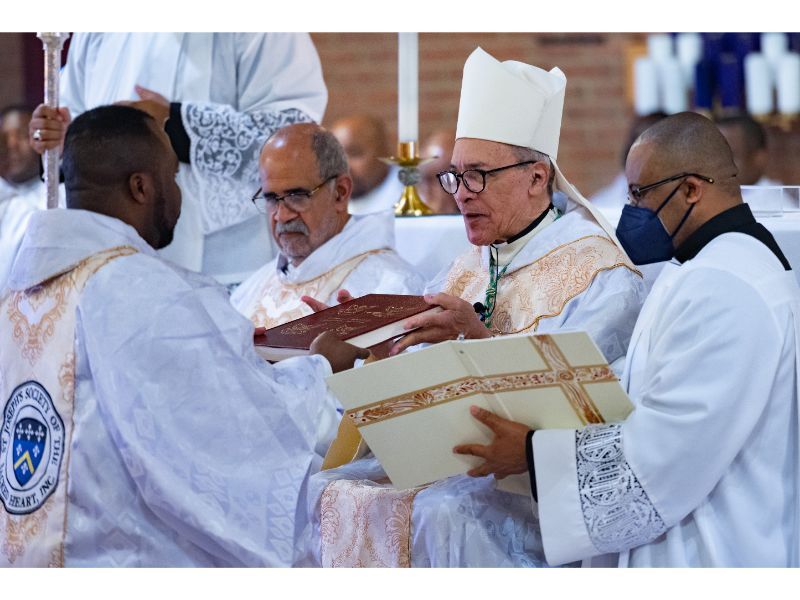 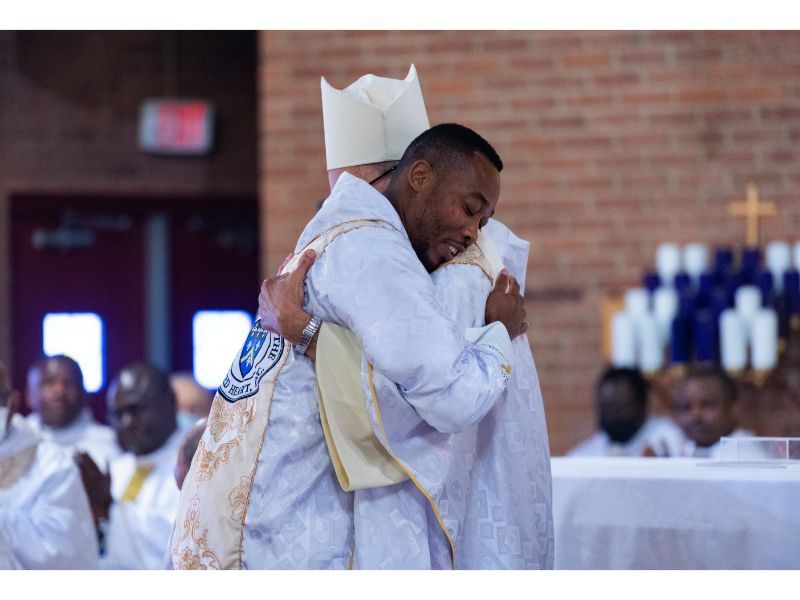 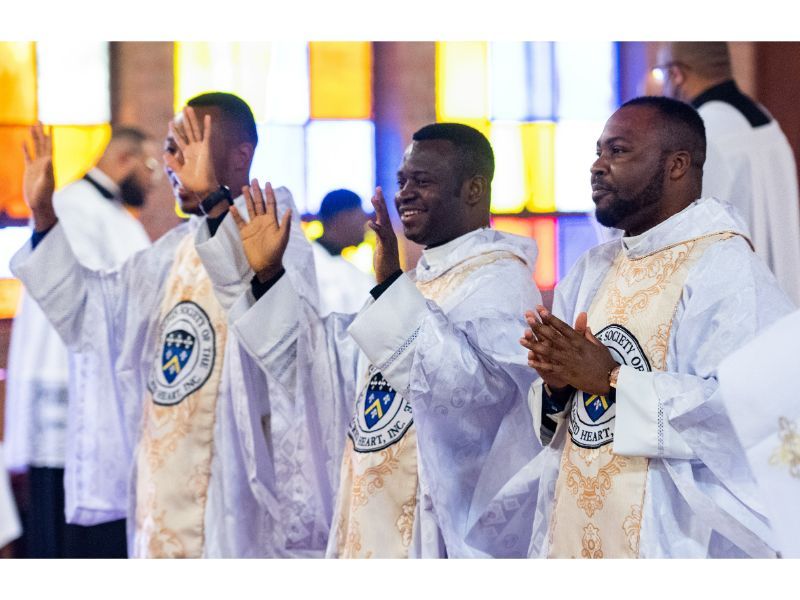 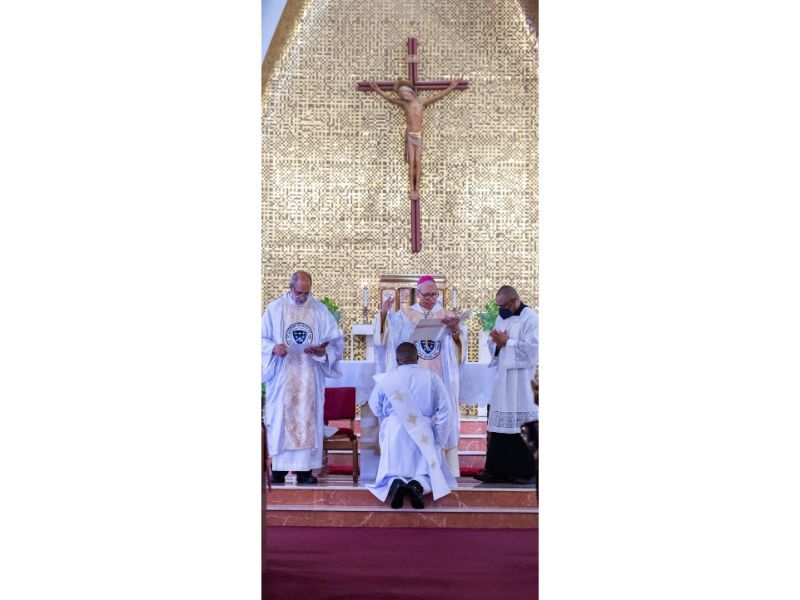 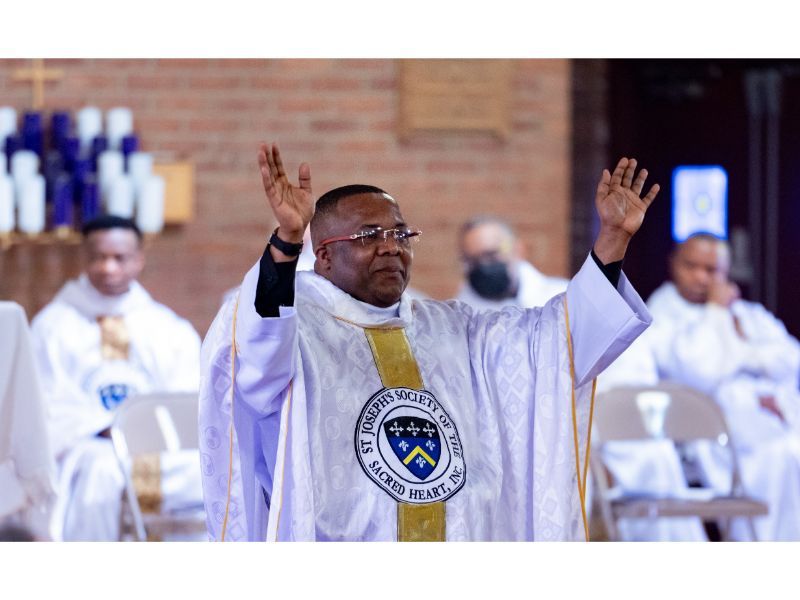 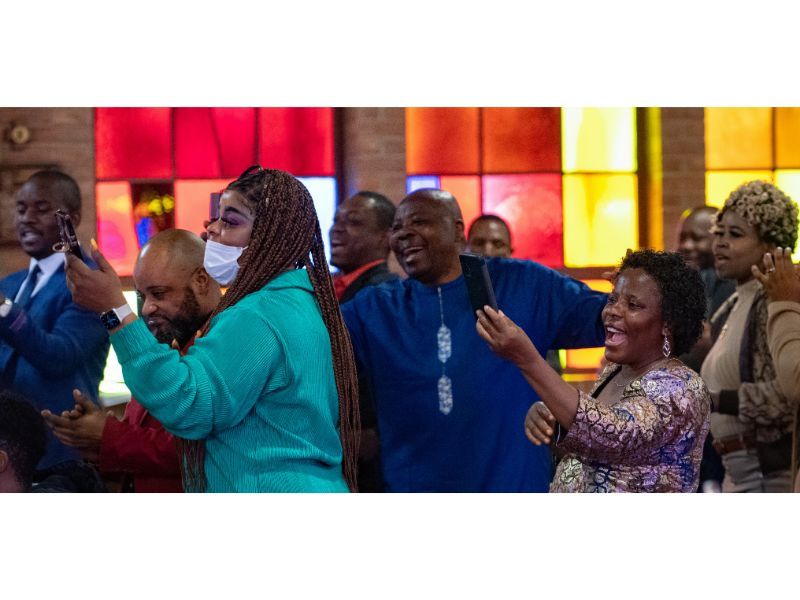 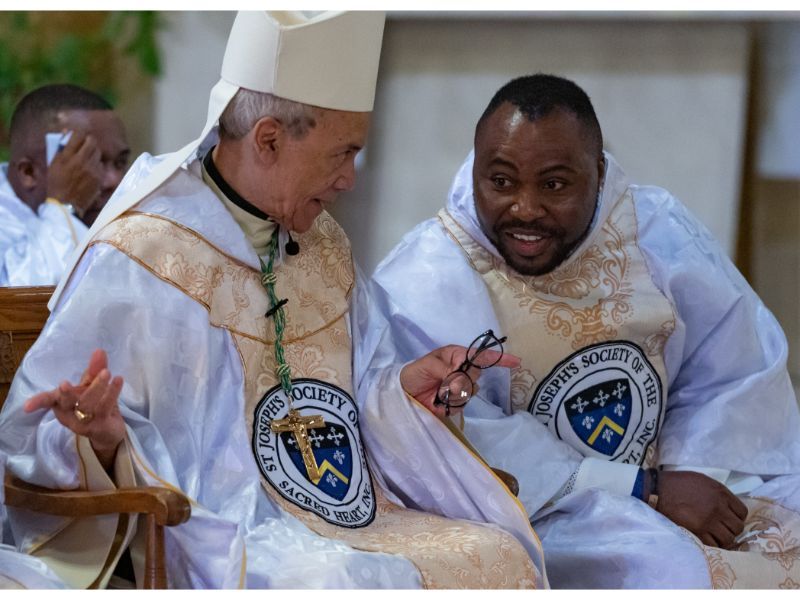 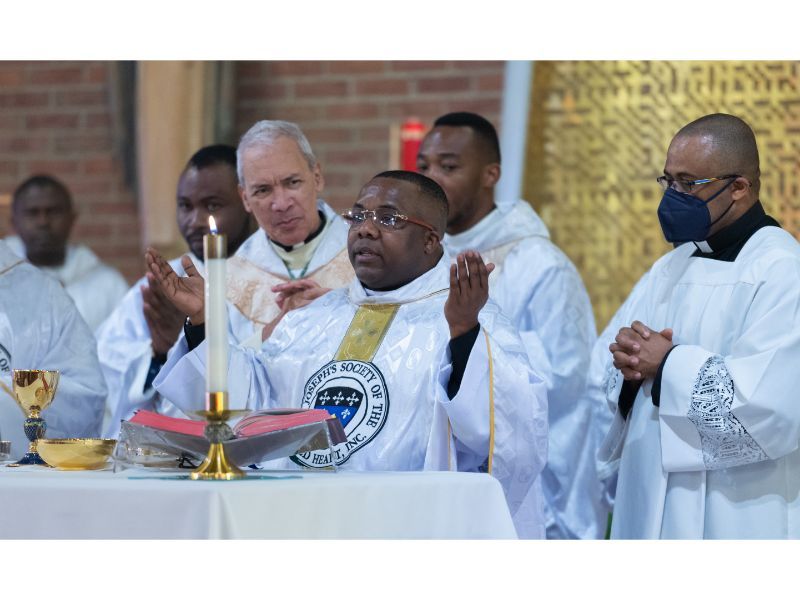 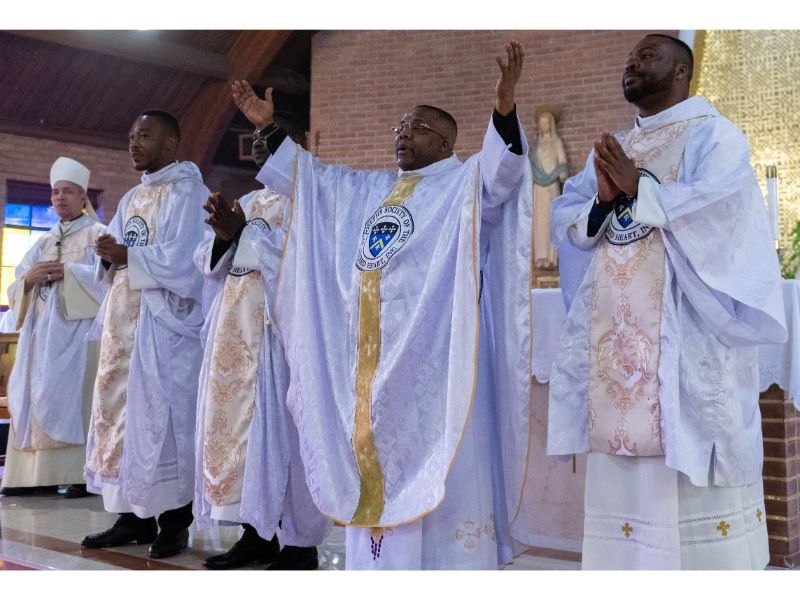 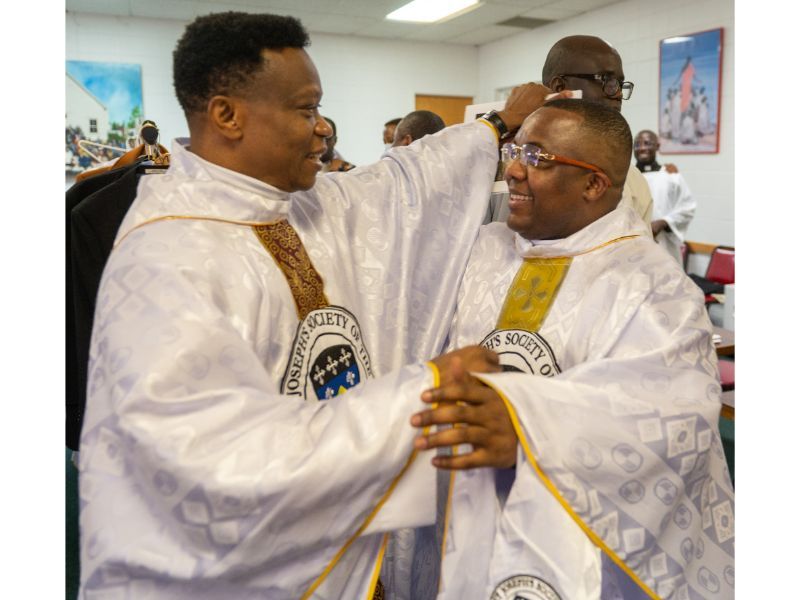 Statement from Bishop Ricard on the Death of Pope Benedict XVI