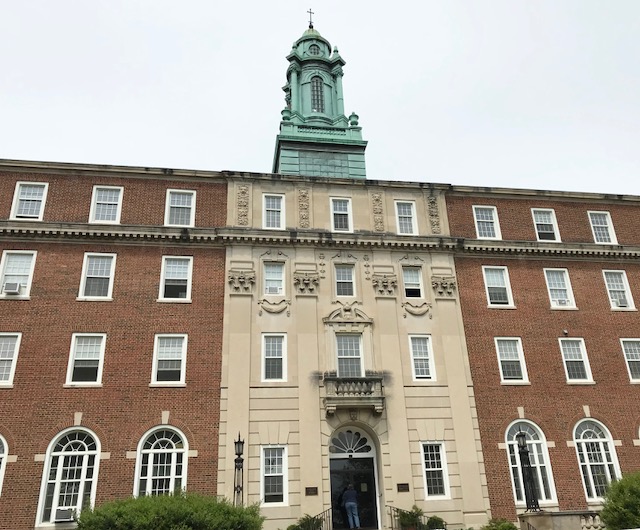 St. Joseph Seminary is located in the northeast section of our Nation’s Capital within blocks of the campus of the Catholic University of America (CUA) and the Basilica of the National Shrine of the Immaculate Conception.

The main purpose of the seminary is for the formation of men for service to the Church, as Josephite Priests or Brothers. It includes Pre-Novitiate Formation, Josephite Brotherhood Formation, and Seminarian Formation for those in the Philosophy or Theology program for priesthood.

The English Society of St. Joseph for Foreign mission was founded by Father Herbert Vaughan. This was the first English-speaking foreign mission group in the world. Father Vaughan’s first priests were ordained in 1870 and were sent to Baltimore in 1871 at the request of Pope Pius IX to work among African Americans. That was the year a permanent seminary building was erected on property already owned in the Mill Hill section of London. The seminary was called “St. Joseph College.” The 147-year old College was sold in 2016 and its seminarians are now trained in several of the Society’s location.

Seventeen years later, it was felt that an additional seminary was needed in America. At a cost of $34,000, the empty, small Western Maryland Hotel, adjacent to St. Mary’s Seminary in Baltimore, would serve as a temporary site. It was named St. Joseph Seminary and dedicated by Cardinal James Gibbons on Sept. 9, 1888.

With an increase in members and missions in America, it was a time for considering an independent American community. The parent Society in London was widening its mission field and there was a fear of neglecting the commitment of serving African Americans and the problem of communication was evident.

A permanent split was sanctioned with five members agreeing to form the new American Society of St. Joseph of the Sacred Heart. Others returned to London or joined American dioceses. Father John Slattery was the first Josephite Superior and served as the seminary’s rector. The statue of St. Joseph in the 4th floor exterior niche now stands in the main corridor of the present seminary in Washington, D.C.

The new Society’s Headquarters were in the newly-built St. Joseph Seminary, also adjacent to the St. Mary’s Seminary where the students attended class. The new seminary was dedicated in October 1893.

In the late 1920s, St. Mary’s Seminary planned to move from its downtown Baltimore location next to St. Joseph’s Seminary. Then, the Josephites decided to build in a new location amid a number of religious communities clustering around The Catholic University in Washington, D.C., and its school of theology. An imposing building in Georgian style, designed by the Boston architects, McGinnis and Walsh (architects of the nearby National Shrine of the Immaculate Conception), was completed in 1930 and dedicated on Nov. 12, 1930 by Cardinal William O’Connell of Boston.

In 1959, the seminary saw the completion of the west wing, adding the beautiful chapel and a new library and auditorium. It was dedicated by Washington’s Cardinal Patrick O’Boyle in May 1959. Father Edward Casserly was the rector.

Since 1930, St. Joseph Seminary in Washington has hosted the ordination of hundreds of priests, including three bishops.