The General Council of the Josephites is the administration of St. Joseph’s Society of the Sacred Heart, elected as the governing body from June 2019-2023. 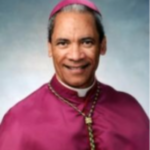 Bishop John H. Ricard, SSJ, is Superior General. He was appointed Bishop of the Diocese of Pensacola-Tallahassee on March 13, 1997 by Pope John Paul II. Bishop Ricard moved from the Archdiocese of Baltimore where he served as Auxiliary Bishop. He is the former Chair of Catholic Relief Services where he served from 1995 to 2002. Bishop Ricard was born in Baton Rouge, Louisiana, and upon completion of high school entered the Josephite College Seminary in Newburgh, New York. He completed his theological training at St. Joseph Seminary in Washington, D.C., and was ordained to the priesthood on May 25, 1968. Since ordination, Bishop Ricard continued his studies, receiving a Master’s Degree from Tulane University in New Orleans in 1970 and a Ph.D. from The Catholic University of America in Washington, D.C., in 1984. Bishop Ricard currently serves as the President of the National Black Catholic Congress. He most recently served as rector of St. Joseph Seminary in Washington, D.C. 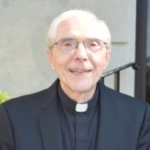 Father Ray Bomberger is Vicar General. He former Director of Novices and had been pastor of parishes in Houston, Beaumont, New Orleans and Baltimore. 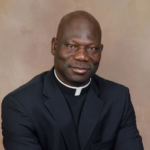 Father Michael Kwaw Saah-Buckman, SSJ, was born in Ajumako Bisease, in the central region of Ghana. He completed his high school studies and college/seminary training in Ghana. He worked as senior clerk at Cocobod Plantations, Dunkwa-On-Offin, Ghana. He joined the Josephites in the United States in 1987. He studied at Xavier University in New Orleans, LA, and completed his novitiate in Houston, TX. His major seminary studies were done at De Sales School of Theology in Washington, DC. After ordination, Father Saah-Buckman served as associate pastor at Corpus Christi Church in New Orleans, LA. He completed his post-graduate studies in Education at the University of New Orleans. He served as pastor of St. Francis Xavier Church in Baton Rouge, LA, for eight years, and Holy Family Church in Natchez, MS, for four years. He has also served as pastor of All Saints Church, New Orleans, LA, for four years, and was appointed pastor of St. Francis Xavier Church in Houston, TX , where he still serves.

The remainder of the Council is composed of the four Area Directors:

AREA ONE (including Maryland, Virginia, the District of Columbia, and Nigeria) 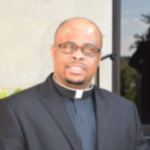 Father Ejiogu was born in Lagos, Nigeria in 1979. He came to the United State in August 2008 to continue his priestly training and theological studies at the Washington Theological Union. He graduated in May 2013 with two Master’s Degrees (Master in Divinity and Master of Arts in Theology).  Father Ejiogu was ordained to the priesthood in June 2013 at the Basilica of the National Shrine of the Immaculate Conception in Washington, D.C.

He was then assigned the responsibility of pastoring the faithful of St. Luke Catholic Church in the Archdiocese of Washington.

In addition to his pastoral ministry at the parish, he is also the Academic Dean at St. Joseph Seminary in Washington, D.C.

AREA TWO (including Alabama, Mississippi and part of Louisiana) 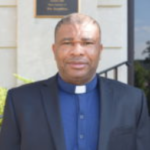 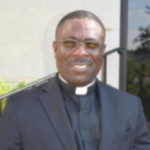 Father Benjamin is pastor of St. Peter the Apostle parish in Pascagoula, Mississippi. 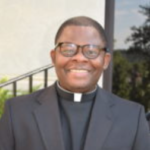 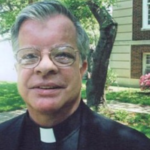 The responsibilities of the Treasurer are defined by Canon Law and the Josephite Constitution. Simply, he is responsible for the temporal goods and activities of the Society. This includes responsibility for the buildings, banking and investments, and medical care of the members.

The Treasurer may be contacted by anyone interested in establishing a Charitable Gift Annuity with the Society or making the Society a beneficiary in his/her will.