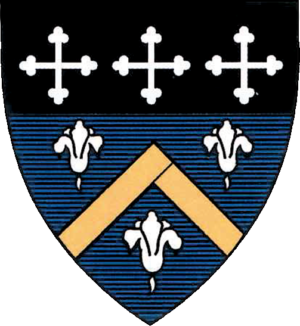 A Josephite for more than four decades, he was 80.

“Father Case was a very good priest who served well,” said Bishop John H. Ricard, Josephite superior general. “Prior to joining the Josephites, he had a very lucrative career in Baltimore, and he gave that up to be with the Josephites.”

One of 13 siblings, Father Case was born December 3, 1941, in Baltimore. He earned a bachelor’s degree from Coppin State College and after college worked as an elementary school teacher and then as a personnel specialist with the Civil Service Commission.

In a 2020 interview with The Josephite Harvest, Father Case said Auxiliary Bishop William C. Newman of Baltimore helped him consider the priesthood when the future bishop was serving as superintendent of Catholic schools for the Archdiocese of Baltimore. It was in the mid-1970s, and Father Case was working as an investigator at the U.S. Custom House in Baltimore, performing background checks and fulfilling other security-related responsibilities, according to The Harvest article.

Father Case was very active at his home parish of St. Pius V in Baltimore, where he served on the parish school board. That’s how he met Bishop Newman. He would later become active in the Archdiocese of Baltimore’s Office of Urban Affairs – experiences that all drew him to the priesthood.

Father Case entered the Josephite novitiate later in life in 1977 and was ordained in May 1980. Throughout his ministry as a Josephite, Father Case served parishes in Texas, Louisiana, Washington, D.C. and Baltimore.

Father Rodney Armstrong, SSJ, pastor at Our Mother of Mercy in Houston, met Father Case 39 years ago at a Josephite gathering in New Orleans. At the time, he was a young attorney who was contemplating priesthood and Father Case invited him to speak to the graduating seniors at his parish high school.

Father Armstrong eventually chose to enter the priesthood, and their paths crossed over the years.

“Father Case was an enigma,” Father Armstrong said. “He was a strong pastor with definite views. He was a pastor who did not bite his tongue or mince words.”

“I would always tell him that he would have to learn to put his brain in gear before he put his mouth in motion,” Father Armstrong joked. “He said I was too diplomatic.”

Father Armstrong said Father Case loved to cook, and he was an excellent cook. Cakes were his specialty. He enjoyed watching cooking shows.

“He would try all kinds of recipes,” Father Armstrong said. “But he would leave the kitchen as if a storm had arrived there.”

Father Case was diagnosed with lung cancer seven years ago, and he lived with Father Armstrong at Our Lady Star of the Sea in Houston while getting his radiation treatments at MD Anderson Cancer Center.

He returned to the Baltimore-Washington area in 2017 and was in residence at St. Peter Claver/St. Pius V Church in Baltimore. Father Case retired and moved into the Josephite Senior Residence in Washington in 2020.

According to Father Armstrong, Father Case had a number of health issues and entered the Serenity Rehabilitation and Health Center in February. He was in hospice care.

“Many of his parishioners adored him for his candidness and his directness,” Father Armstrong said. “I remember him as a strong pastor – stern, direct and to the point. He was a dear friend.”

Funeral Arrangements for Father Case are scheduled for Tuesday, April 12, 2022, at the Church of the Incarnation in Washington, D.C. The viewing will be held from 9 to 11a.m. The Mass of Christian Burial will be held 11 a.m. with Father Armstrong as homilist. Internment follows at New Cathedral Cemetery in Baltimore.