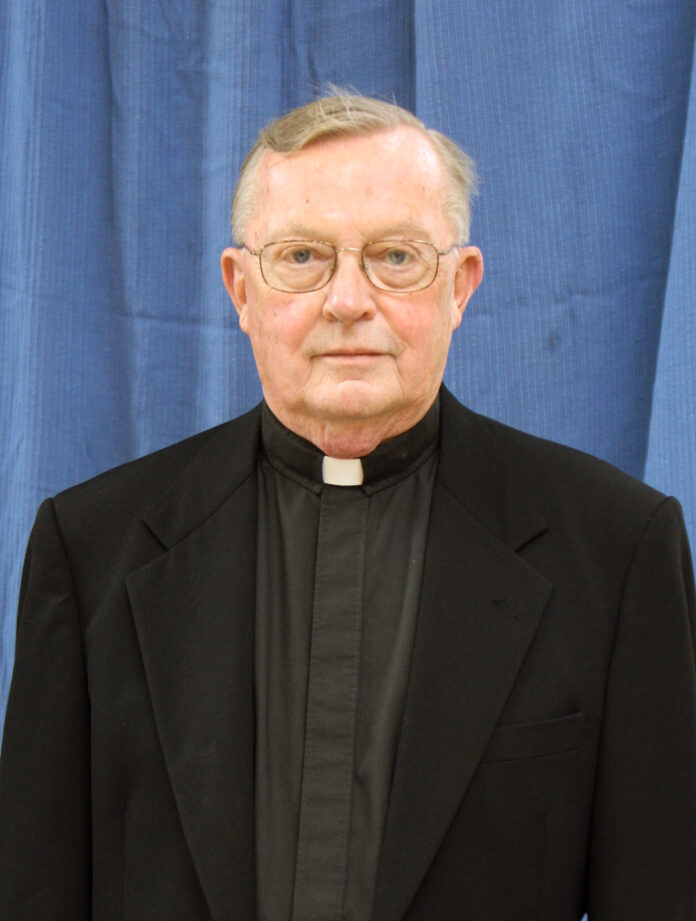 Josephite Father John Alfred Carroll, pastor of Church of the Incarnation in Washington, D.C., for 21 years, died Nov. 20 at the Josephite Senior Residence in Washington.

A Josephite for more than half a century, Father Carroll was 84.

“Father Carroll was a very good priest and he was very dedicated to the parishes he served,” said Bishop John Ricard, Josephite superior general, who knew Father Carroll since his days in the seminary. “He quietly went about doing his work. He was always reliable and faithful.”

He was ordained June 4, 1966. He later attended New York University.

His first parish was Our Mother of Mercy Church in Beaumont. He also served in parishes in Houston; Alexandria, Va.; New Orleans; and Mobile, Ala., before settling into the Church of the Incarnation in Washington, D.C. in 2000. He served as pastor for two decades and retired to the Josephite Senior in Residence in 2021.

Father Carroll believed his guardian angel, whom he nicknamed “Snookie,” led him to those who needed the sacraments before they died.

“He truly cared about people and accepted them for who they were,” Deacon Bell said. “I think if you didn’t take the time to know him as a person – a friend and not just a priest – you missed out on a very special friendship.”

Father Carroll was the last of the Tracfone users and he refused to get a smart phone until he had no other choice because they stopped making the flip phones.

Wednesdays were his day off and he liked to go sightseeing in Southern Maryland and Harpers Ferry, West Va.

He liked flowers and had a green thumb, according to his friends. He was thrifty but had very good taste.

One of his favorite sayings was, “Oh, you don’t say.”

“Father Carroll spent many years at Incarnation and he left a strong legacy,” Bishop Ricard said. “He quietly did his work and he gloried in the ordinary things of the ministry. Every place he went, he was well loved.”

Bishop Ricard said Father Carroll was always available for extra liturgies when needed and served for a time as the spiritual director at St. Joseph’s Seminary.

“It was Father Carroll’s desire to stay at Incarnation. He did not want to be sent anywhere else and had hoped to retire from here and God saw fit to give him his heart’s desire,” Deacon Bell said. “I guess the best way to sum up knowing him for 21 years is that he really was a good and faithful servant, a gentle man, who was genuine and not just a great priest, but a true friend.”

Bishop Ricard said Father Carroll grew up in a “very staunch Irish Catholic family” in Boston, and he was laid to rest there.

After a Nov. 24 funeral Mass at Church of the Incarnation, Father Carroll’s body was flown back to South Boston for a second funeral Mass at his family’s parish, Gate of Heaven, and interment at Cedar Grove Cemetery.